#0214* - UKIP RACISM - FRIENDS of ISRAEL, FRIENDS of PALESTINE & A GENUINE MUSLIM FATWA!!
.
Clean EUkip up NOW make UKIP electable!
.
The corruption of EUkip’s leadership,
their anti UKIP claque in POWER & the NEC
is what gives the remaining 10% a bad name!
.

UKIP RACISM AS PROVEN BY The EFD -
FRIENDS of ISRAEL, FRIENDS of PALESTINE, FRIENDS!!!
& A GENUINE MUSLIM FATWA!!!
.

Hi,
I was interested to note the protestations from 'UKIP Friends of Israel'  that UKIP is not a racist organisation in the article from their web site/blog on the internet which I have copied below.

Search as I could I could not find 'UKIP Friends of Egypt, nor Saudi, nor Jordan, nor Brazil, nor Palestine, nor Greece, nor Georgia, nor China, africa, argentina, Celtic or Rangers - is that not in and of itself RACIST!
UKIP really don't get it do they!

That aside I did feel it was worth a response which I have posted below their hideously hypocritical comments.
UKIP FRIENDS OF ISRAEL

In response to Alex Stevenson's article " BNP rhetoric 'becoming like Ukip' ", I have sent him the following message:


I was greatly saddened to read in your article about how the BNP are trying to tone down their racism in order to gain more appeal to the British electorate. I have noticed that in Nick Griffin's TV appearances he has tended to focus more and more on the need to preserve "Britishness", and has avoided directly answering questions on race- he has even been heard in the media trying to defend Israel. I am deeply grateful to you for exposing the tactics of this sick man who has even published works denying the historical accuracy of mainstream holocaust study.

It does not surprise me Political Quarterly has found the BNP's language is beginning to sound similar to UKIP's. However, it is key people remember the vast difference between the two parties. UKIP is a fundamentally non-racist, liberal party binded squarely to the Enlightenment principles of equality for all people regardless of race or creed.

People should remember that the BNP does not want to be like UKIP. It is merely copying our political strategy which involves a expounding the need to protect the nation-state, a fundamental democratic principle developed by thinkers including John Stuart Mill. As an active member of the British Jewish community and Director of UKIP Friends of Israel (www.ukipfoi.co.uk) . I would just like to thank you for your article and I hope you will find my comments useful.
Posted by Director at 08:21

Sadly the implausibility of trying to pretend that UKIP is not racist is a farce for heavens sake do study their rhetoric and the irrefutable fact that they help to fund and promote racist, anti Jewish, holocaust deniers with a violent xenophobic and odiously intollerant sexual attitude as partners in Pan EU Political Party Grouping The EFD.

You may choose to misrepresent the fact you may even lie by omission in deliberately removing this posting but that would of course be dishonest.

It sadens me that you conflate the religious concept of Judaism with the political and economic aspirations of Zionism which have so clearly brought Judaism into disrepute through no fault of Judaism.

The size of the body of Jews increasingly telling the truth and renouncing Zionism is undeniable as anyone who is net savvy will be able to show. Regards, Greg_L-W. (of no superstition or preference in other peoples' belief structures.)

I also noted whilst on the UKIP Friends of Israel that they make much of the birthday of their oldest survivor of German Death Camps Alice Herz-Sommer also known as Alice Sommer Hertz yet they could not be bothered doing other than try to make Zionist capital out of her. 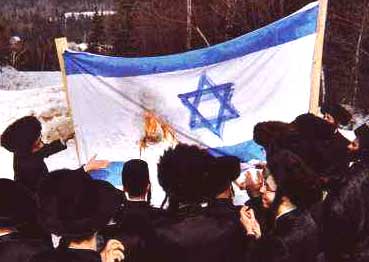 I appreciate Friends of Israel is a Zionist construct and a part of the overtly Racist UKIP but surely it would have been apposite to make some tribute to this 107 year old Czech lady who has, despite the murder of her Mother in Prague deportation to Theresenstadt from 1942, her husband's deportation via I.G. Faben's labour village Auschwitz to his death in Dachau has kept up not only her own but fellow sufferers spirits with her music as a concert pianist.

Alice Hertz-Sommer went and lived in Palestine after the war and remained there until 1986 when her son moved to London as a renowned cellist.

Alice Herz-Sommer's interviews and piano playing even at 106 are readily available on You Tube.

That I have seen all too many of those fading blue tattoos on fore arms to ever be able to forget the attrocities of the Jugoslavs, Austrians, French & Germans even many Poles and Dutch and the many cappos and trustees.

It is when turning the pages of family albums that it strikes one most as you turn pages to contemporary 'snaps' of the degradation and obscene inhumanity of Bergen Belsen which my Father as a pilot with the Belgian 350 Squadron helped to liberate and spent their every non flying hour documenting, digging the pits and bulldozing the emaciated bodies into them.

I so resent being TOLD what I should think of Judaism and watching Zionism debase the suffering by acting as 'Children of The Holocaust' at the expense of all that suffering.

Then I look again and note UKIP Friends of Israel has so very little interest that since September they have 4 brief blogs on their site and each seems to be sniveling - No Alice Hertz-Sommer would try to capitalise thus and even her own articles talk of her time in Palestine!

If UKIP want to avoid the very real and deserved title of racist it might be more convincing if it shut this embarrassing farce or started a Friends of a few more places as organisations - surely Michael Zukerman having been THE Friend of Israel in UKIP for some years yet never giving an accounting to the party surely he could arrange for his wife to set up an RSS from The Jewish Chronicle rather than this amateur and VERY sporadic Zionist racism.

Here's a challenge for you!

Until such actions occur can anyone be surprised that I welcome the day when the Zionists are driven into the sea to escape on American boats that you will remember it is only short of 60 years ago they sank! Once the Zionists are turfed out the Jews, Muslims, Christians, Zoroastrians and those of no chosen superstition can work once more towards peaceful co-existence.

Do I have any serious offers to help in this project? I am relatively sure I can encourage The senior Immam & Chairman of the Birmingham Mosques to help in such a project Dr. Mohammed Naseem has helped me in the past with similar sttempts to bridge the divide - You may remember the Fatwa he issued for me 'A Fatwa AGAINST The Killing of Innocent Civilians by Muslims and suicide bombers'.

For more details of this FATWA CLICK HERE
For a different outlook: