Please Be Sure To
Tweet
My Blogs
To Spread The Facts World Wide
of
OUR-ENEMY-WITHIN
&
To Leave-The-EU
Clean EUkip up NOW make UKIP electable!
.
The corruption of EUkip’s leadership,
their anti UKIP claque in POWER & the NEC
is what gives the remaining 10% a bad name!
.
ex UKIP MEP Nikki SINCLAIRE RAISES THE STANDARDS AGAIN!

Here is her latest Magazine in a series - Not just promoting Leaving The EU but her various New web Sites, her efforts to launch build and now bring to fruition a Nationwide Petition for a referendum Demand to partliament on IN/OUT of The EU on a Cross Party basis with Labour, Tory, UKIP and Lib.Dims. on board AND working with The Peoples Campaign to the same goal!

Meanwhile UKIP just make fools of themselves squabbling like ferrets in a sack for their own self enrichment with snouts in the trough on the EU Gravy Train!

NO WONDER UKIP, Godfrey Bloom MEP, Nigel Farage MEP recently signed an apology to Nikki Sinclaire MEP to set aside the GUILTY VERDICT AGAINST UKIP and themselves!
.

I see this week she was in her office on Monday issuing final instructions for the Mailing Company etc. to launch this, her latest full glossy magazine, with 20,000 going out in the post this week.

I gather every signator of her petition gets sent a copy with a form to gain 10 more signatures (included at the end of this Blog for YOU to download and mail in!)

Enjoy the magazine and I'm sure, if you want a hard copy, having been in Brussels on Tuesday and Wednesday and back in time to be with The RAF on duty as a Parliamentary Delegation Squadron Leader  for Thursday and Friday she will make sure you get one as soon as possible - just call her office. 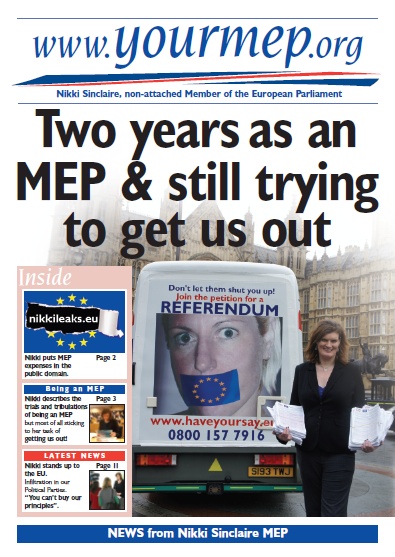 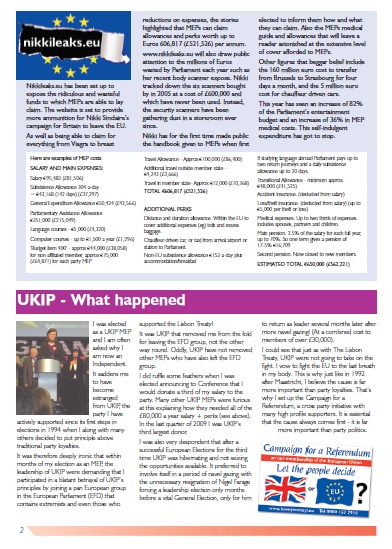 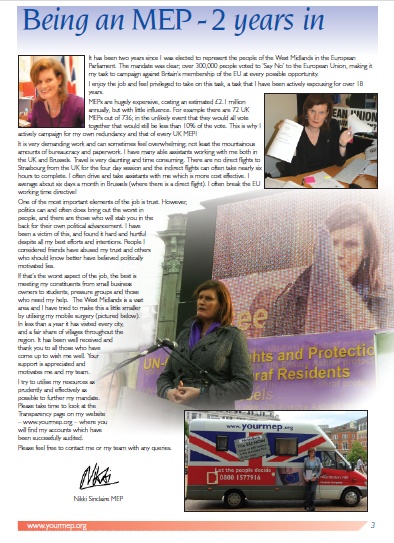 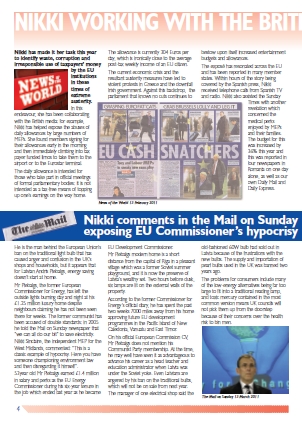 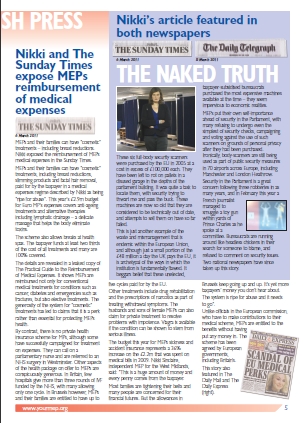 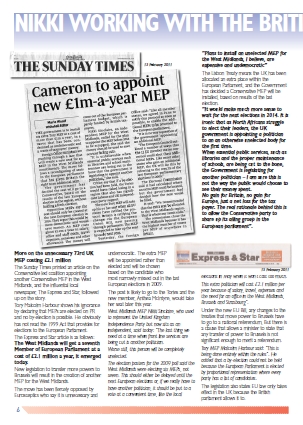 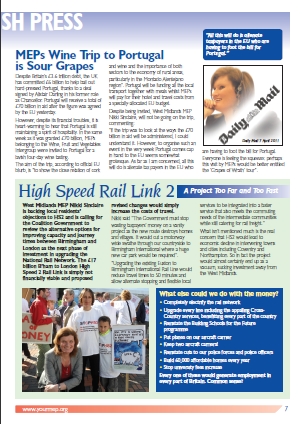 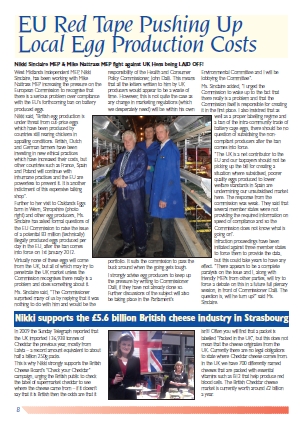 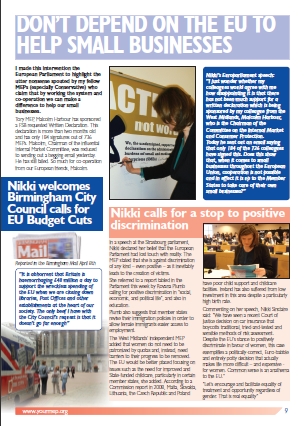 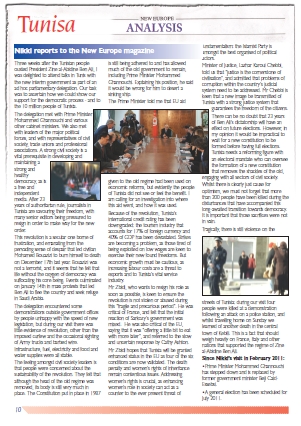 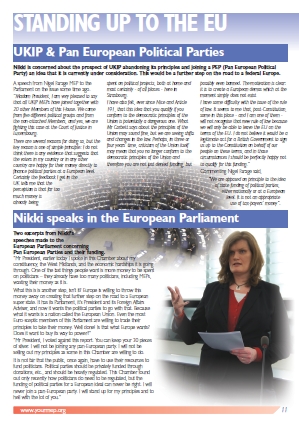 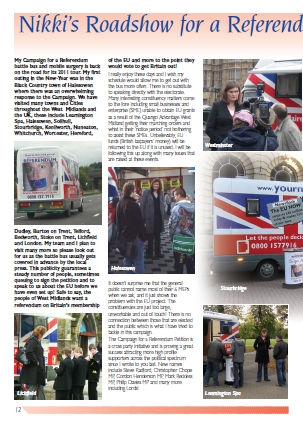 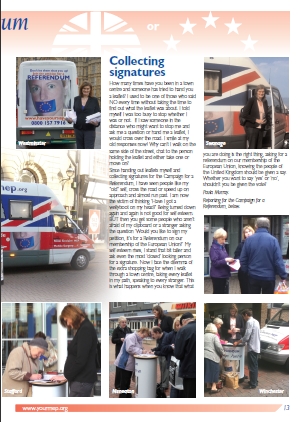 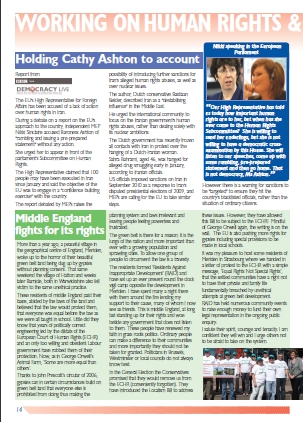 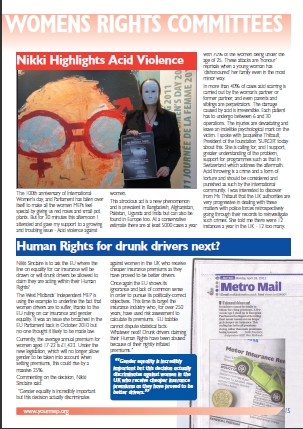 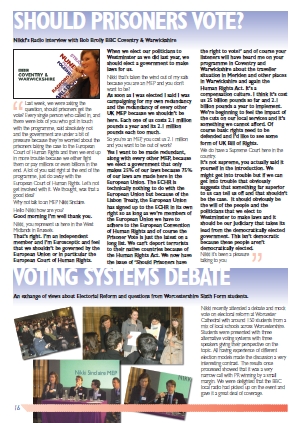 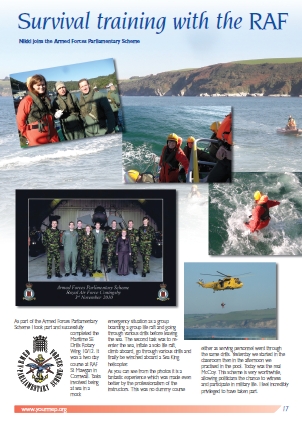 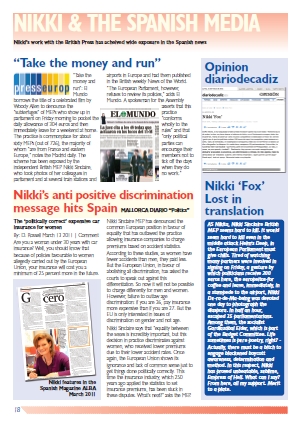 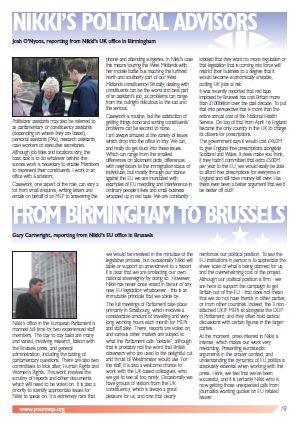 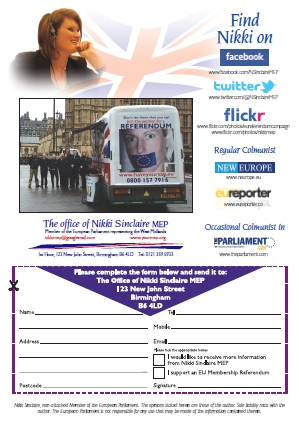 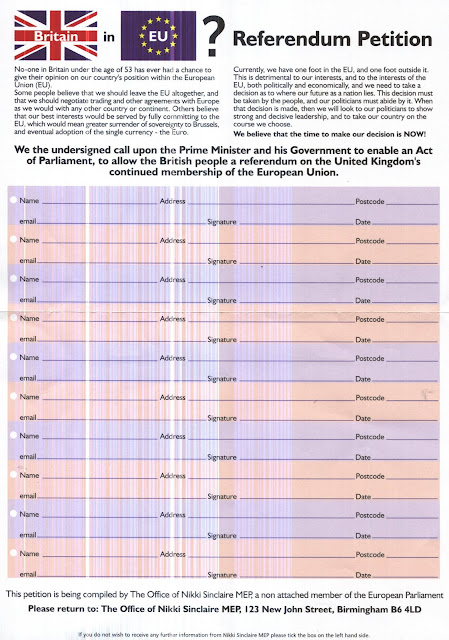