#0144J - Number 10, SINCLAIRE MEP, MAGASINE,
.
Clean EUkip up NOW make UKIP electable!
.
The corruption of EUkip’s leadership,
their anti UKIP claque in POWER & the NEC
is what gives the remaining 10% a bad name!
. 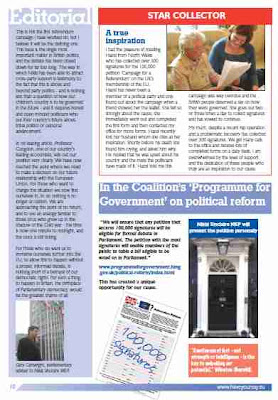 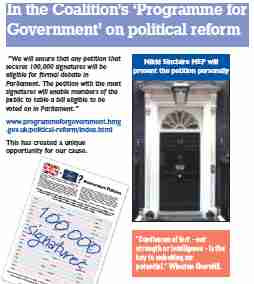 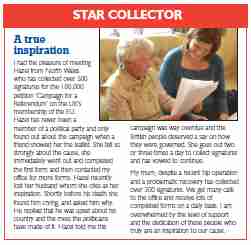 Clear majorities of the British people want their country to leave the European Union.

A recent YouGov poll found that 47 per cent wanted the UK out of the EU, compared with 33 per cent who preferred to stay in.

Bizarrely, the latest Eurobarometer of public attitudes (financed by the European Commission) had earlier demonstrated a similar result. It showed that 33 per cent of its UK respondents regarded the EU as “a bad thing”, while 29 per cent viewed it as a “a good thing”.

The current widespread opposition to the EU is hardly surprising, as EU interventions in our national life are now disrupting longestablished traditions, undermining revered institutions and damaging livelihoods.

The Commission, the Council of Ministers and their secretariats have used the passage of the Lisbon TreatyWorking Time Directive on the efficiency of British medicine and the National Health Service.  last year as the pretext for further encroachments on the EU member states, including the UK. The last few months have seen a media furore over the effects of the

For many decades junior doctors have acquired experience – the experience which is essential if they are to be real doctors and not parrots of the textbooks – by working very long hours in real-world, often life-or-death clinical settings. Now, because of the Working Time Directive, they are prevented by law from this practice.

With lives being put in jeopardy by an EU directive, the puzzle is not that almost half of British people want to leave the EU, but why a third still believe in staying in. More and more people are angry and resentful about how EU decisions are affecting them in their daily lives.

There is a growing discrepancy between popular hostility to the EU and the willingness of successive British governments to hand over so-called “competences” to EU control.

This discrepancy is dangerous. When people believe that politicians are out-of-touch and untrustworthy, and ignore what they want, the risk of civil disobedience increases. In a modern democracy politicians must respect the wishes of citizens and voters. The case for a referendum on the UK’s continued membership of the EU is now overwhelming.

The 2009 Lisbon Treaty was undoubtedly a radical change in the constitutional arrangements of every EU member state, including the UK. All three of the main parties gave clear pledges in their manifestos at the 2005 general election to hold a referendum in the event of another big European constitutional upheaval.

Yet all three of them then judged that the Lisbon Treaty was not important enough to justify the holding of a referendum.

This is scandalous, an orchestrated insult to the intelligence of the British electorate. Britain must have a referendum on its membership of the European Union.

That referendum needs to be held as soon as possible, to stop more damage being done to our traditions, our institutions and our way of life. 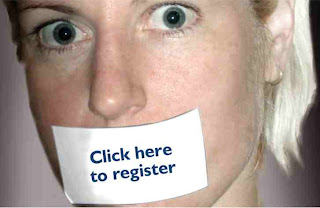