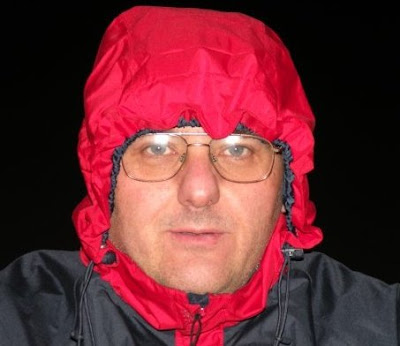 Steve Allison is in charge of Tim Congdon's leadership campaign. This has set a few alarm bells ringing as Mr Allison is now in favour of pan-European parties and funding. Mr Congdon is not in favour of this. You may recall that Mr Congdon spoke out against the EFD at the UKIP conference. See: LINK

So why is Mr Allison willing to campaign for a man who it totally against the idea of UKIP becoming a pan-European party? Allison is a man not to be trusted.
Readers may also recall that Steve Allison tried to leak false information about Mike Nattrass to this blog. Allison claimed that Nattrass was going to join the BNP. A quick check proved this to be a lie. See: LINK
Here are Mr Allison's views on pan-European parties. We also include Wolfman McGough's comments. He is also in favour of UKIP becoming pan-European. They are taken from the UKIP members only forum:

The Euro-sceptic Parties, like UKIP, tend to shy away from forming organisations that are seen as taking them deeper into the system. As illustrated by the almost frenzied rush by some sections of UKIP to ensure our party is not contaminated by receipt of such money! This means Euro-sceptic groups don't access the funding that is available and leave the field clear for the pro-EU organisations to grab all the cash.

UKIP Members seem to fixate on the requirement that to draw down such funds the party must “observe the founding principles of the European Union”.

However, those ‘founding principles’ are the principles of liberty, democracy, respect for human rights and fundamental freedoms, and the rule of law.

Which of those principles does UKIP Object to? Obviously we have a different interpretation of them from other parties and nations, and we understand and practise them in a very different way from Continental Europeans. But we, as a party do support these principles. There is no requirement for example to support any other aims of the EU, there is no requirement to support political union or greater integration. The irony is that UKIP could take EU Money and use it to fight political union and further integration in the name of liberty, democracy, respect for human rights and fundamental freedoms, and the rule of law.

So it's not that such funding isn't available to Euro sceptic groups. It is just that such groups chose to not access the funding due to some mistaken idea of ideological purity.

The phrase "Cutting off one's own nose to spite one's face" comes to mind here.

Paid by whom and with what?
One of the carrots of accepting membership of a pan-European political party would be funding for a "think tank" to develop policy. This would probably be based in the UK with a big slice of 1,300,000 Euro Budget. This money could be used to research positions, produce policies, print and distribute booklets, etc. It could also be used to fund conferences and meetings. Yes I know its a buy off (or a sell out?) but its a lot of money that UKIP could use to fight the EU with.

I rather like the irony of using the EU's money to fight against it. At least we'd be getting some of our own money back.

If you think about it UKIP does only exist because of the EU! At the risk of breaking NEC Confidentiality I will say there was extensive discussion about this at the NEC and a lot more information is still outstanding. I went into the meeting pre-disposed to fight the "Pan European Party" to my last breath, but I listened to the presentation, I asked questions and received answers and I agreed at NEC that the party should investigate the outstanding issues and the NEC receive another report.

The proposal was then to present this report at a special meeting open to all UKIP Members in London on October 9th. The morning session could have been an official Leadership Hustings and an afternoon session on the pan European party proposal. This would have allowed three or even four hours of informed discussion rather than just the very brief debate and prepared speeches to the motion at conference.

Unfortunately I understand the amendment to the motion was defeated and so the Special General Meeting will now not take place. I think this is a real shame as it would have allowed informed decision making and not knee jerk responses

I have not agreed to the proposal but what I have said is that it doesn’t need to be rejected out of hand without some really serious consideration. There is some serious money on the table and UKIP needs every penny it can get. The key question I asked, and received assurances to, was that being in such a party would in no way mean the end of UKIP, we would still be UKIP and would continue to campaign and stand in elections as UKIP.

The whole thing is by no means a done deal but there are some very attractive carrots on offer and I for one find the irony very attractive in taking EU Money to spend fighting the EU.
Junius says: And what about UKIP's core principles? UKIP was supposed to be against the pan-European ideal. And so yet another UKIPPER sells himself to Farage 'For A Few Euros More'. We know full well what Allison is after - Steve Allison UKIP East Midlands MEP. Or so he hopes!
Full Name: MICHAEL JACKASS MCTROUGH
Posts: 202

I endorse what Steve has said;

Perhaps we should put this to the membership;

"Should we set up a UK based think tank to fight the EU ,using money that would otherwise be available to our enemies in other parties to promote the EU "

"Should we leave the pan european EFD Group thus depriving us of funds to educate the public about the EU such as we have previously done with the two excellent videos"
And more from Allison:

A plan is a vital tool but it can't be so inflexible that it ignores targets of opportunity. The qualifying date for accessing this funding is November so the conference decision effectively shuts the door on up to 1,300,000 Euros of funding next year and makes the pot to be shared out amongst the other parties that much bigger, so not only have UKIP thrown away a huge amount of cash they have effectively donated that cash to our opponents who are happy to use it.

End of quotes. So there you have it. McTrough and Allison are in favour of UKIP becoming pan-European just to get more money. So much for fighting for British independence. No doubt most of the money will vanish into a certain MEP's bank account!

To See The Original Of This Posting CLICK HERE