Image via Wikipedia
.
The corruption of EUkip’s leadership,
their anti UKIP claque in POWER & the NEC
is what gives the remaining 10% a bad name!
.
UKIP MEP Godfrey BLOOM In Anti LESBIAN ATTACK!
On EU Human Rights Committee Member Nikki SINCLAIRE MEP!
WHO LEFT The EFD DUE TO UKIP ASSOCIATION WITH RACISM, Anti Judaism, Homophobia & Criminal Behaviour - NOT DUE TO UKIP's Intollerance of Sexual Orientation though clearly they support 'Homophobia' as shown by their EFD Association aiding such Extremists across The EU!
. 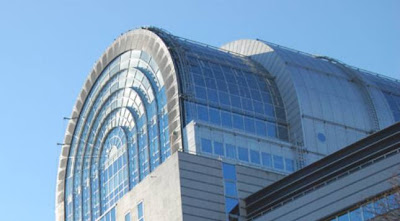 By Martin Banks - 17th November 2010
I have spoken to the president and he has assured me that this will not happen again
Nikki Sinclaire
An investigation has been launched after UK deputy Nikki Sinclaire was allegedly verbally abused by a former colleague in parliament.

She says she was so "shocked" by the comment that it took her two days to lodge a formal complaint.

The investigation is being overseen by parliament's president Jerzy Buzek.

Sinclaire said, "I have spoken to the president and he has assured me that this will not happen again."

Meanwhile, Sinclaire has announced she is taking legal action against Ukip for alleged discrimination based on sexual orientation.

She is taking the party to an employment tribunal after she was expelled from Ukip for refusing to be part of the multi-national group it has joined in parliament.

Sinclaire had said some of Ukip's allies in Europe of Freedom and Democracy (EFD) had "extreme views".

The West Midlands deputy had refused to sit with her own party members in parliamentary meetings for weeks.

Sinclaire cited the breakdown of her relationship with Ukip leader Nigel Farage and the "extreme views" of some of Ukip's political allies.

While she did not want to quit the party Ukip's national executive committee removed the whip from her.

Sinclaire is angry because she says another former Ukip member, Mike Nattrass, left the party at about the same time, citing similar concerns but that no action was taken against him.

She told this website, "I can only deduce that action was taken against me, such as withdrawing the whip, because I am a lesbian."

She now sits, along with Nattrass, as a non-attached member in parliament and claims the disciplinary action has jeopardised her future career prospects.

Bloom, one of the party's most senior members, was not immediately available for comment.
To view the original article CLICK HERE.