In fact based on evidence IMPOSSIBLE!!
.

sadly here is the latest evidence that I have tripped over in researching with a view to trying to find out why Gerard Batten is so inadequate as an MEP and on what he bases his revolting behaviour relative to other people's superstitions with his outspoken attacks on Islam when he himself sets no sign of example as a man oth ethics, integrity or morality!

Have a look at this: 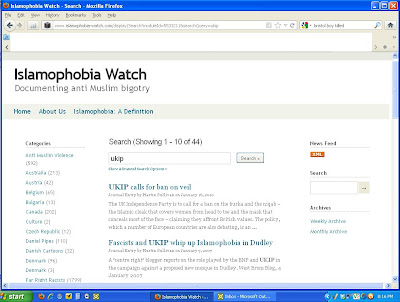 This follows on the statements of David Cameron which despite the bluster UKIP did nothing consequential to address - I guess they knew they were onto a loser although it may have been considered in an attempt to scam money from 'Christian Defence':

'Thou Shalt NOT Steal' - does not seem to feature high in UKIP evidence in view of their track record of OLAF enquiries, Prison Sentences, lost Court cases, Forcible repayments.

Thou Shalt Not Bear False Witness' - well the endless spin and misrepresentation made by their cowardly sock puppets and corrupt leadership show this NOT top be a UKIP virtue.

'Thou Shalt NOT Steal' - seems also not to be a part of UKIP's lexicon and you will be aware they have failed to have the integrity or honesty to pay me back the £12.1/2 thousand they owe me!

'Thou shalt NOT commit adultery' - also seems to have little significance to judge by their press coverage & open talk of their licentious behaviour!

I believe my point is made as these fakes posture and abuse in a pretence of being so called Christians, seemingly in the hope of enhanced personal income from American sectarian extremists as The BNP has done using White Militia support in one form or another!

There is NOTHING christian about the Zionist Zealotry and hatred of Muslims manifest by Farage's puppet Malcolm Lord Pearson whose vile comments were well covered by The News of The World!

It would seem I overlooked 'Thou shalt NOT lie' - clearly not a word understood by UKIP as their claque have frequently found themselves in Court and been proven liars, their present sham leader lies on an habitual basis, Derek Clark repeatedly lies about being found guilty of fraud and ordered to pay back money, Gerard Batten has, I understand, been telling lies and claiming he has not been under investigation by OLAF and then lies and claims he didn't know - Lies in UKIP are far more common than honesty, ethics, honour or professionalism, let alone strategy, tactics or vision!

UKIP manifest their oh so christian extremist hatred and have allied with some of the most vile racists, anti Jewish, anti homosexual, violent xenophobes in The EFD - recently enlarged for survival by taking on board Polish extremists.
. .
~~~~~~~~~~#########~~~~~~~~~~
INDEPENDENT Leave-the-EU Alliance